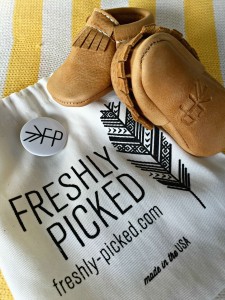 Hey ladies! I want to start off this post by saying thank you to Freshly Picked for sending me these adorable baby moccasins in exchange for a baby photo shoot and review.  Opinions stated in this post are 100% my own.

I found out about this adorable company when I was pregnant with baby M, as soon as I knew I was having a boy I Googled everything from inspiration for his nursery, to what type of clothing and accessories I would dress him in, I was obsessed.  I stumbled upon a picture of baby moccasins on Pinterest and immediately fell in love and needed a pair for my little man.

My first thoughts when the moccasins arrived. I was impressed with shipping time (they came super fast), the package was so adorable.  They come in a little screen printed bag with a FP pin.  I am a sucker for good packaging and this company has thought of the minor details that make opening packages so fun!  Once I took them out and gave them the once over you can tell that they are well made, I chose from the Utah collection (Beehive State).

At first I thought that the leather maybe hard to slip onto a babies foot however, there is a built in elastic that helps stretch over your babies foot without having to jam it in.  So they go on very easy and for the most part stay on his feet.

One thing I was worried about with having a light coloured shoe and didn’t think about until after I received them was if they stained easy, between baby pulling them off and chewing on them and general wear and tear they have held up which is nice to see in a shoe.  Especially since my little guy loves putting everything in his mouth. 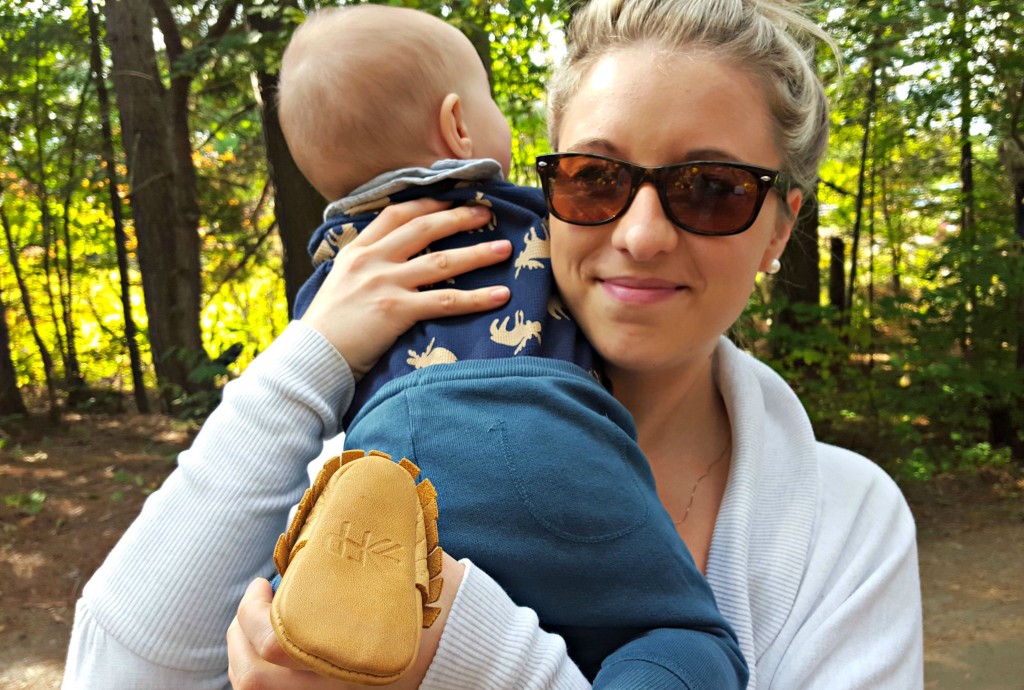 So are baby moccasins worth it? I would have to say a big fat yes!  Freshly Picked has thought of everything from the cute packaging to the adorable shoe itself.  They are very well made, and have held up to the gooey slobber that my little guy has put on them on a daily basis.   I have also had so many compliments on his moccasins, people asking me where I got them from.  I think that they are totally worth it.  They come in an assortment of feminine and masculine colours, so it doesn’t matter if you have a boy or a girl they have something for everyone 🙂 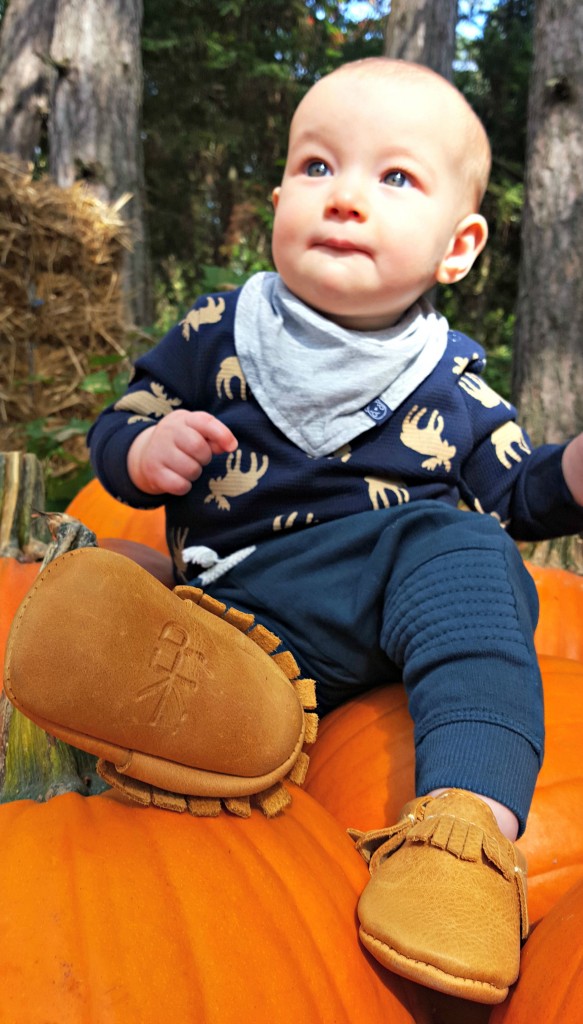 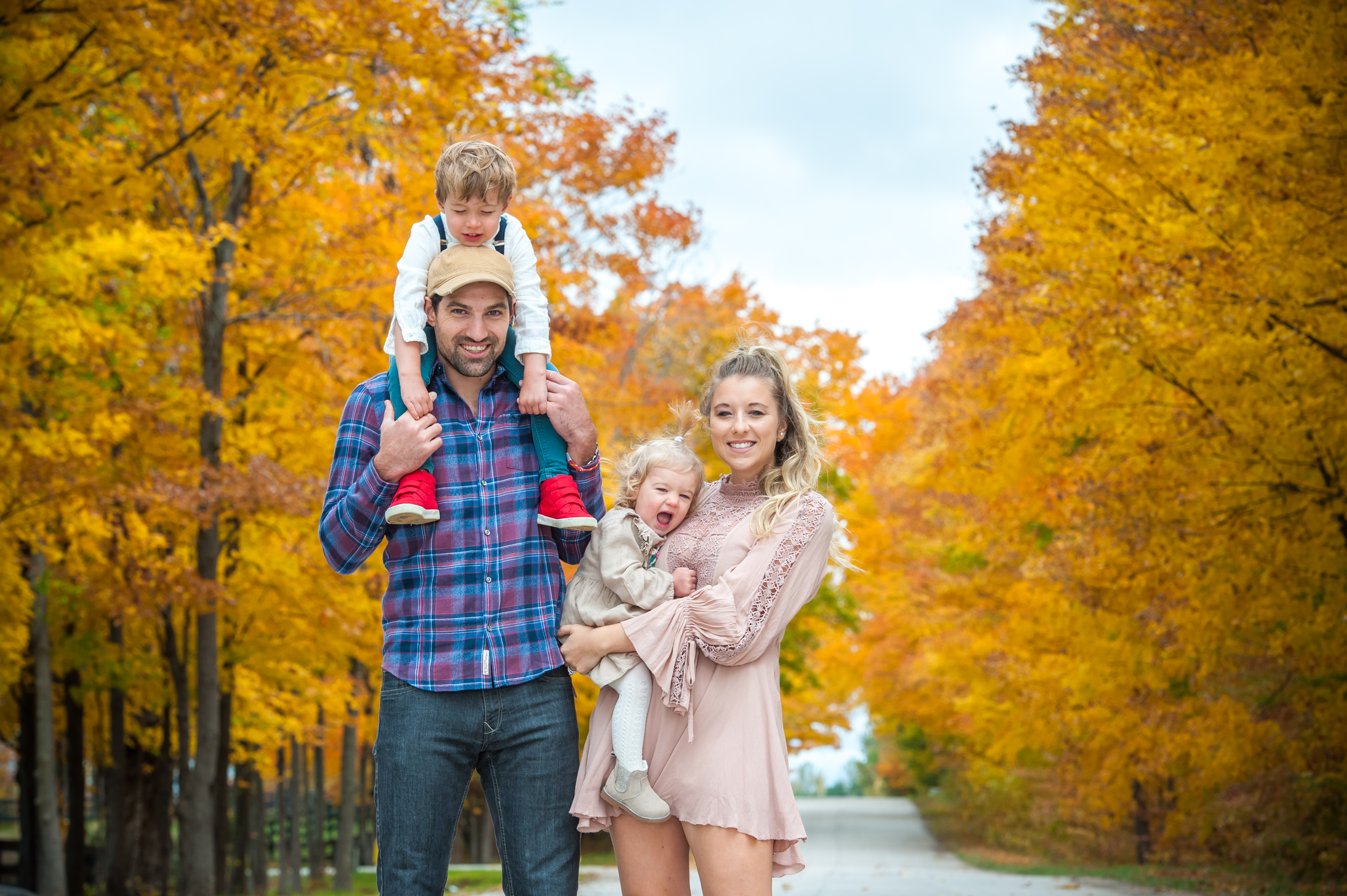